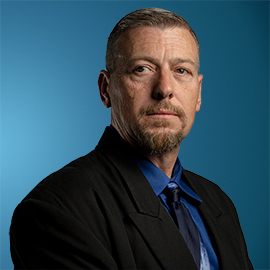 Barry comes to Leviate with 30 years of aviation experience, holding numerous positions including Mechanic, Planner, Scheduler, Production Supervisor, Production Manager, Site Supervisor, and Director of Maintenance for part 91/121/135 repair stations.  A Veteran, Barry served in the United States Air Force as a mechanic for numerous airframes, including the Boeing 737 series and the Lockheed Martin C-130 series aircraft, to name a few. He also served as a Flight Engineer and acquired over 3800 combat flight hours on AC/MC/EC-130H aircraft. He has also served as a Site Manager for L3 Vertex for numerous platform integration and Logistics for government aviation projects.

As he transitioned to the business aviation world, Barry became a strong pillar at Gulfstream Dallas as the Service Mechanic Lead. He later was brought on by NetJets as their Maintenance Coordinator.  The list of aircraft platforms he has had the opportunity to work is as follows: 737, T37, T38, Cessna 550, 560, Citation X, Learjet series aircraft, King Air series C-90, B200, B300, B350 aircraft, Gulfstream series aircraft (G100, G200, GIII, GIV, GV), Hawker series aircraft and the Polish ISKRA, MIG17F.

When he is not dealing with airplanes, you will see Barry enjoy time with friends & family or working on home renovation.