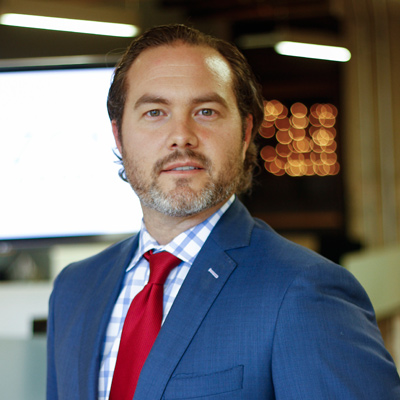 Randall’s passion for aviation began at a young age, earning his private pilot’s license at 17. After graduating from the University of Oklahoma with a Bachelor’s of Science degree in the aviation program, he worked as a flight instructor in California building flight time before becoming a corporate pilot. Randall has flown a number of aircraft over the years logging over 3,000 flight hours and earning multiple type ratings in various types of business jets, all before the age of 29.

Beginning in 2011, he served as Director of Aircraft Management for a large charter management company, where he was responsible for growing the company’s aircraft management fleet from 8 aircraft to almost 30.

Randall also brings a wealth of international sales and leasing experience having led negotiations with the largest business jet operator in Asia resulting in a strategic alliance and partnership for the lease of multiple Gulfstream aircraft.

Randall’s childhood friendship with Rob Rosenberg and later business relationship with Luis Barros led his aviation career to Leviate. Now as President of Leviate Aircraft Sales, Randall brings a tremendous amount of aviation experience to the Leviate team, and facilitates the acquisition, refurbishment, and sale of business aircraft on the global market.